News.Reporter: Delia Monk...From left: CPO Graham Bewley, Cllr Alex Norris, CPO Maya Limbani...Story details..NOTTINGHAM'S community protection officers should be eligible for a prestigious royal medal following the riots, claim leading councillors..Nottingham City Council is calling on the Government to change the rules so CPOs can receive the Queen's Diamond Jubilee Award next year..The official medal designed to mark the Queen's sixty years on the throne will be awarded to members of the Armed Forces, emergency services and some prison service personnel who have been in their posts for five years, as well as police community support officers (PCSOs)..However, council community protection officers (CPOs) will not be eligible under current rules..CPOs are uniformed council employees who work alongside the Safer Neighbourhoods Policing teams across the city. Their powers include issuing fines for things like littering, leaving bins on the street and cycling on the pavement..Picture by: Shawn Ryan. 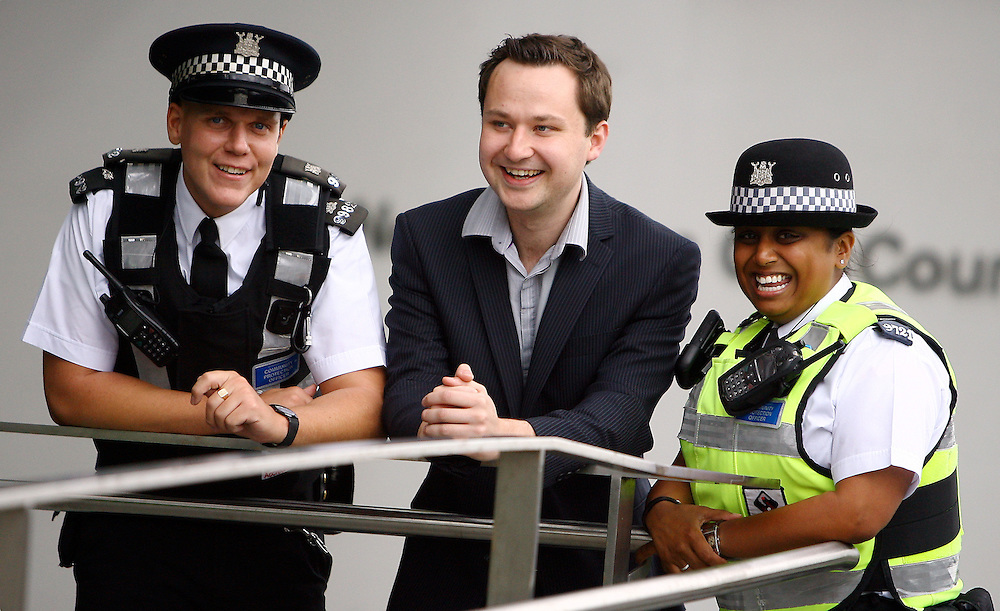